What if Obama had Romney’s Profile? by Prof. Renford Reese

As most of my kind readers know by now, my friend, Renford Reese, Ph.D., is a political science professor at Cal Poly Pomona. 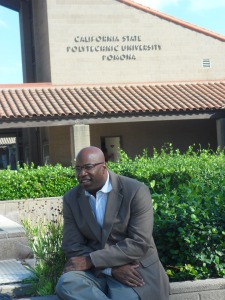 He is the author of five books including the powerful Hong Kong Nights I’m presently reading and the founder/director of the Prison Education Project: http://www.PrisonEducationProject.org which enabled me to give this memorable visit I described in my previous post. The paper Renford was kind enough to share with us here brings vivid memories to me. I was in front of my TV when Bill Clinton made his indeed masterful speech, and I was driving back from Pasadena to Covina when Obama’s speech literally brought joyful tears to my eyes. I then met a lot of intellectuals or left wing Americans explaining me that at the end of the road, if Obama lost, he deserved it. They, of course, would vote for him, but I could tell they’d rejoice if he didn’t, because he hasn’t given enough Return on Investment to his African-American brothers….To these very disappointed (and disappointing) enlightened individuals, I suggest to read the lines below and get inspired by this genial Cal Poly Professor. Mark my words, this guy is a quiet giant!

Democrats are riding the wave of an extraordinary Convention that was just what the doctor ordered – in more than one way.
The convention inspired a Democratic base that was largely uninspired before the convention. Bill Clinton’s masterful speech added clarity to the choice that sits before the American people in November. Clinton’s simple explanations regarding the limitations of the Mitt Romney/Paul Ryan platform were crystal clear, timely and believable. So much so that Romney, to the dismay of conservatives, praised Clinton for elevating the Democratic National Convention.

Prominent conservatives such as George Will, Rush Limbaugh, Laura Ingraham and Bill Kristol have begun to criticize Romney’s tactics and his will to win this election. In his column titled “Speak Up,” Kristol stated that it is time for Romney to engage in specifics. According to Kristol, “When a challenger merely appeals to disappointment with the incumbent and tries to reassure voters he’s not too bad an alternative, that isn’t generally a formula for victory.”

In three years and seven months in office, what if Romney had advocated for and passed legislation related to gender equity, consumer protection, children’s health insurance, clean energy, student loans, veterans’ affairs and food safety? Coupled with this, what if the private sector experienced 29 months of job growth and the S&P 500 stock index had risen by 64 percent since he took office? On the hawkish front, what if Romney was responsible for killing Osama bin Laden and other high profile Al-Qaeda leaders? With these credentials Romney would win this election in a landslide – especially if Obama had Romney’s profile.

What if Obama was the CEO of Bain Capital and sought profit by any means necessary, including outsourcing jobs to foreign countries?
He would certainly not be able to tout this as an accomplishment on the campaign trail. What if Obama was only willing to show two years of his tax returns? This would surely be scandalous because no other president in U.S. history has concealed their tax returns. What if it had been revealed in 2008 that presidential candidate Barack Obama hid a portion of his wealth in a Swiss bank or in the Cayman Islands?
We all know the answer to this question.

There is no way Obama would have been elected president with such a mark on his record. And finally, what if Obama changed positions on: universal health care, global warming, gun control, minimum wage, stem cell research, campaign spending limits, the TARP program, capital gains and the right to choose? With this profile, Obama would lose this election in a landslide.

What explains this paradox? There are those who dislike President Obama’s policies. There are those who are disappointed that his lofty 2008 rhetoric was not matched by immediate prosperity. There are those who dislike him “just because,” which morphs into those who hate him just because “he is not one of us.” For those in the latter group, they see Obama through an “us vs. them” prism: e.g., you are either one
of us or you are one of them. One of “them” represents everything unpatriotic and negative in our society: crime, welfare, socialism, terrorism, etc. One of “us” means that you share wholesome and traditional American values.

The “us” group will go to extraordinary lengths and make exceptions in order to embrace one of their own – even if he is adopted for symbolic purposes.

On his Sept. 10 show, Rush Limbaugh said that Romney could be Elmer Fudd and conservatives should still vote for him because he is not Obama.
This type of sophomoric and hateful logic is dangerous to our nation. The most problematic part of the dichotomous American political psyche is that our politicians have embraced the same hate and simplistic logic as Limbaugh.

Famed political philosopher John Rawls theorized that if we made our policy decisions behind a “Veil of Ignorance” (an imaginary blindfold), our policies would be equitable, just and fair. If we chose our presidential candidate in the same way, we would invariably choose the candidate with the most experience, transparency, consistency and compassion.

You can find all the posts by Renford Reese in this blog at the page entitled Afro-American Perspectives.