You all know my attraction for Islands by now. So off to my third Ferry, I went to the Isle of Man. It was of course initially to watch another beautiful and different landscape but also to discover a rich and old culture of a separate and distinct community which “never has and never will belong to the UK”  to quote the commentator of Tynwald Day. Well, it may not, but we see lots of UK flags around an Island, the Seigneur of which is no one else than HM Queen Elisabeth II, not to mention the British Isles passeport of its citizens.

I opened my first guide on the Isle of Man on the ferry going there, so it’s total chance that I happened to attend what probably is the most interesting event in the region these days, the “Midsummer sitting of Tynwald Court at St John’s”.

This ceremony dates back to over a millenium ago and “its central feature is the promulgation of new acts of Tynwald, which is the final stage in the Manx legislative process”. What I found fascinating was that the whole population is invited to this open air ceremony because for the legislation to be enacted, it needs to be heard by all its citizens. Tynwald is the name of Isle of Man’s Parliament which consists in a Legislative Council and the House of Keys (the etymology seems to be a bit lost but might originate from Norse verb “to choose“)

In fact it should be a profound act of Freedom and national pride, somewhat tinted with colonialism as the whole ceremony revolves around the Lieutenant Governor, Queen’s representative, the British Troops leading the Guard of Honour…and I wonder whether I dreamed but could bet I heard at least the few initial lines of the British National Anthem, although the Manx Anthem was certainly sung twice!

So after an ecumenical service, the whole Tynwald moves from the St John’s Chapel to the open air hill where the top tier is occupied by the Lieutenant Governor, Madam President of Tynwald (the Hon Clare Christian), the Bishop as well as “Members and the Clerk of the Legislative Council, Surgeon to the Household, Sword Bearer, Seneschal and his Private Secretary”. What I found the most fascinating, however, apart from the respect for the ancient tradition, was that anyone in the assistance could address a “Petition for Redress” to the Clerk of Tynwald and later present it, after the reading of the acts, to the Lieutenant General. who then tells them “I shall refer these Petitions to the Standing Orders Committee of Tynwald who will report thereone at their earliest convenience”. These Petitions are meant to be the last resort after every other appeal has failed to solve the problem. 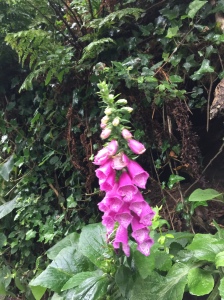 And before this ceremony, some pictures of my arrival on this fascinating Island: 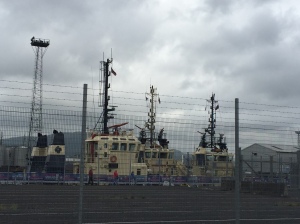 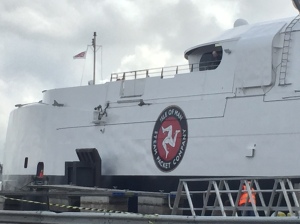 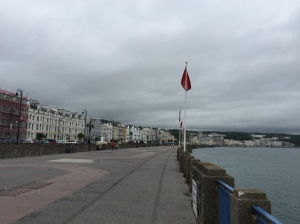 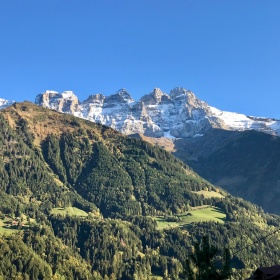 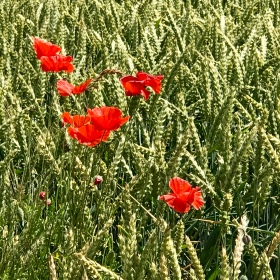 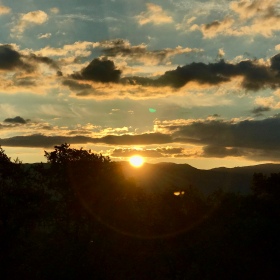