Some of you have asked me for updates on my sabbatical trip… here’s chapter one and hopefully there should be one for each stop providing the availability of wifi connections!

In this issue I :

Let’s start with my reasons for undertaking such a long trip away from my beloved children, family and friends.

Well, it started last March and you might want to revisit my blog stating what happened. I was taking a sabbatical to hep an old friend in New York and when that friend passed away, so did my purpose for this sabbatical…

But those of you who know me are aware of my wanderlust and many academic reasons for investigating a number of Sociolinguistics issues, especially the indigenous people and languages, how they retain their identity, culture and personality, each and everyone in a different yet somehow related way.

I could go as far as to say they attract me both for being totally different from my wandering background and for holding identity markers I fully relate to yet will never define me totally.

People (especially Muslims) used to ask me: “how can you claim you areJewish if you’re not abiding to the whole Jewish religious components”… and my answer was:

Now I will look at indigenous people (well…I have actually quite a background even personally as a Berber descendant…and having written or directed a few publications and conference sessions over the years) as my answer to the puzzled ones !

I started this trip by a few preparatory visits to several exhibitions that totally match my eclectic taste:

It started with a 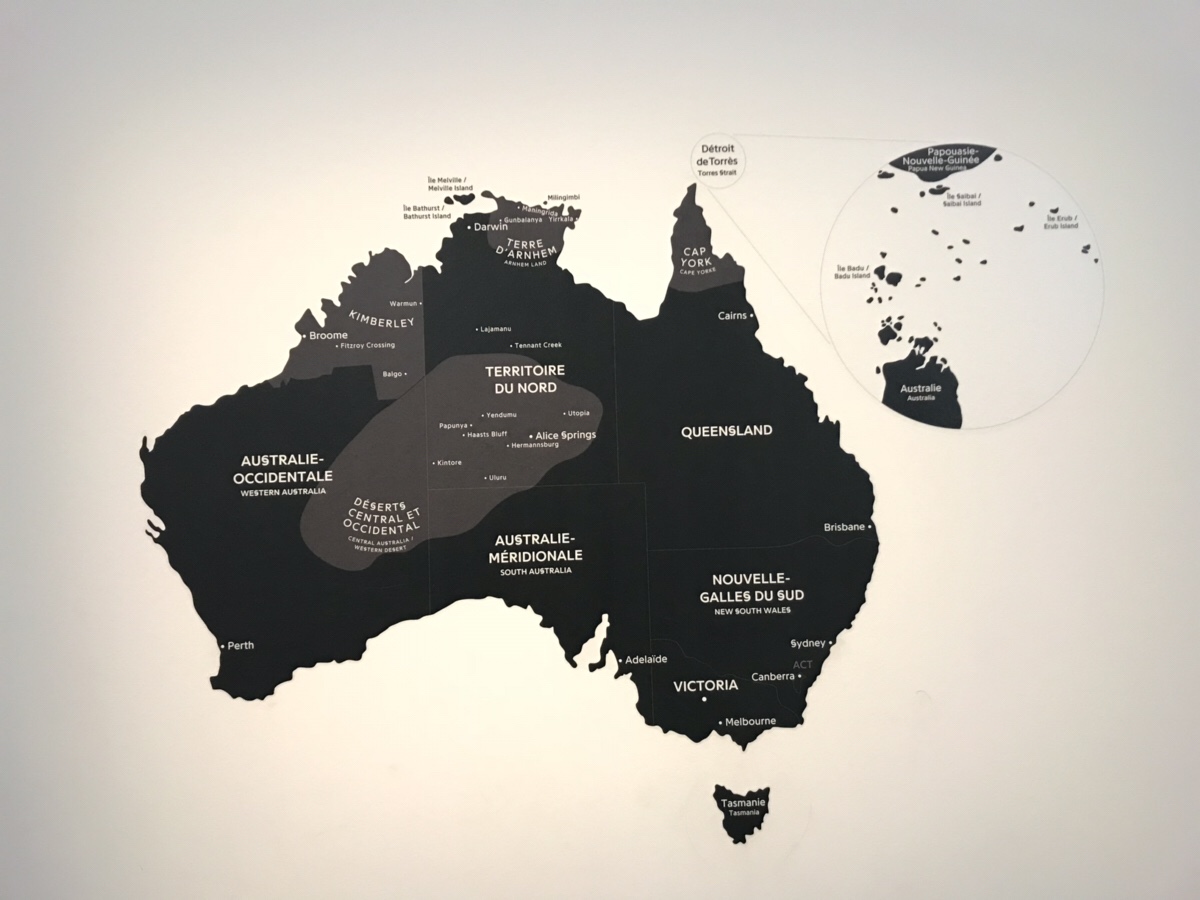 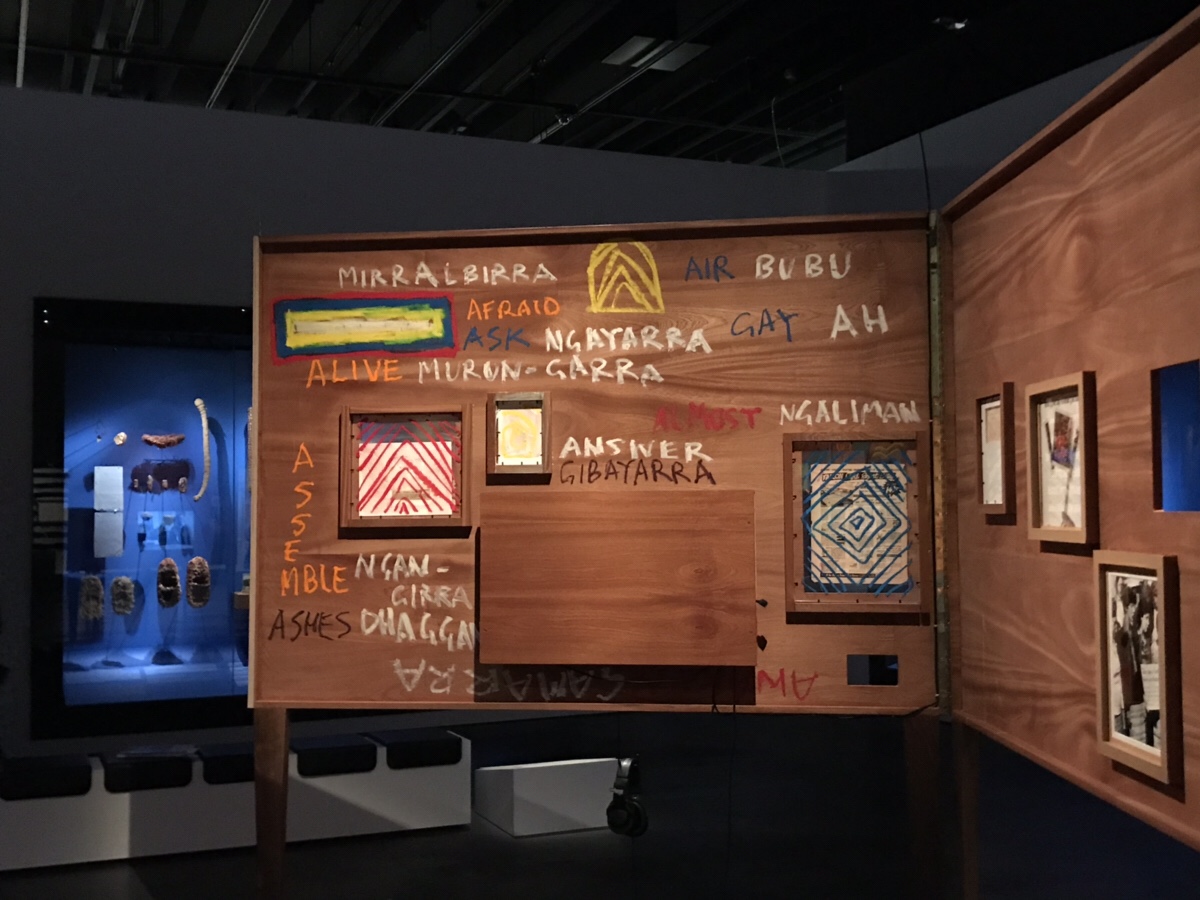 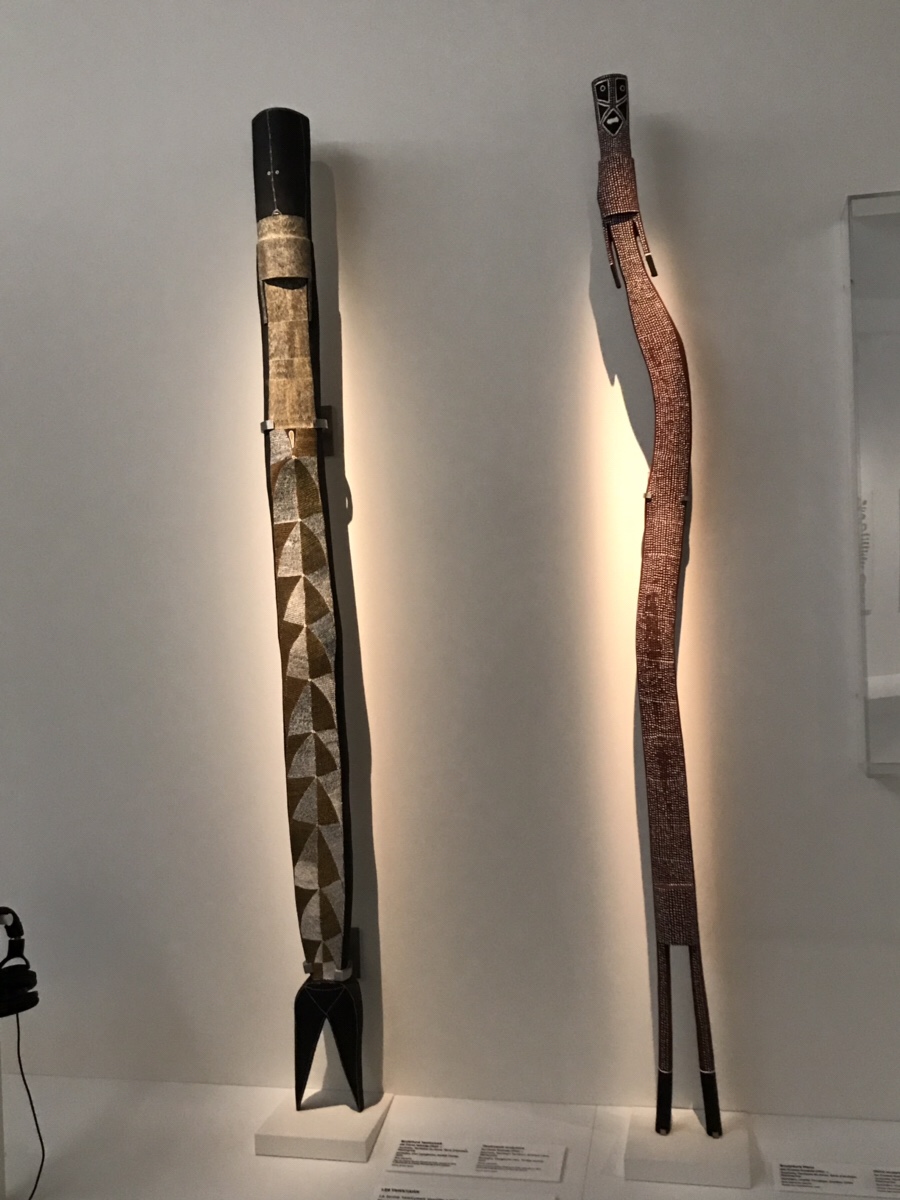 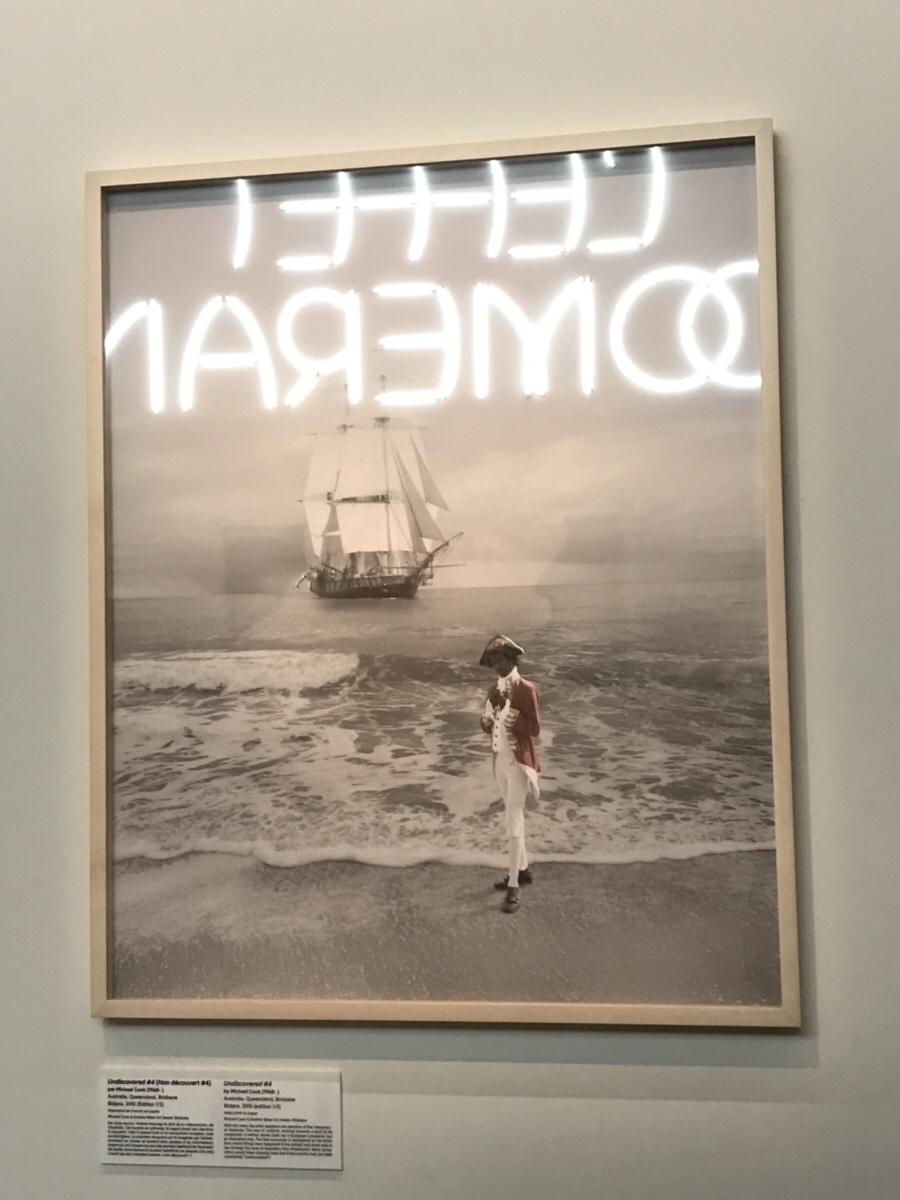 Not that I learned much but it certainly gave me a taste… the faithful readers among you may remember as well the Vieille Charité Jack London and the Bodmer Translation Paths exhibitions.

London is my way to pile up my ultimate favorites, art, theatre and opera before ancient indigenous civilizations and natural wonders!

And wonderful is definitely the right word for my enchanting visit to the V&A which has become part of my London musts (together with the National Gallery and my beloved Rosetta Stone).

certainly set the tone while not only encompassing everything that defines me, but also justifying my ever growing appetite for opera! Here are my notes on an almost tailor-made exhibition: 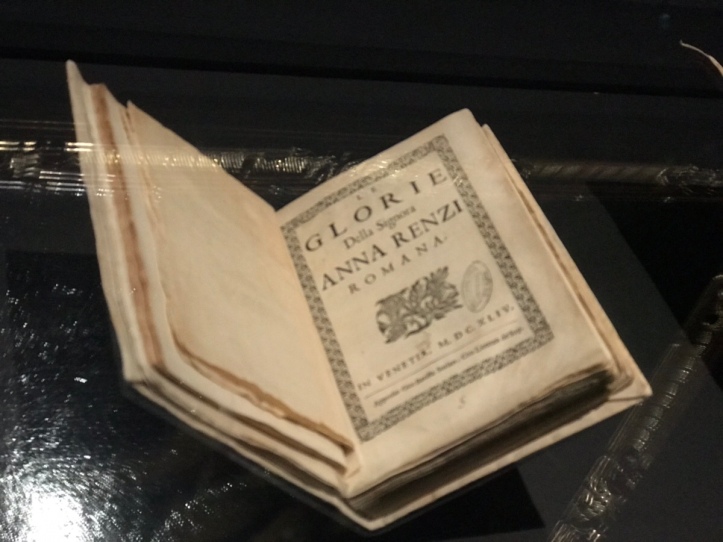 “highly political and scandalous, Poppea reflected the decadent lifestyle of Venice.its anti-Roman subject matter was a hit with Venetian audiences and established opera as popular entertainment”

La Finta Pazza (Nicolas Cochin d’après Giacomo Torelli was “One of the most popular operas of the 17th century. 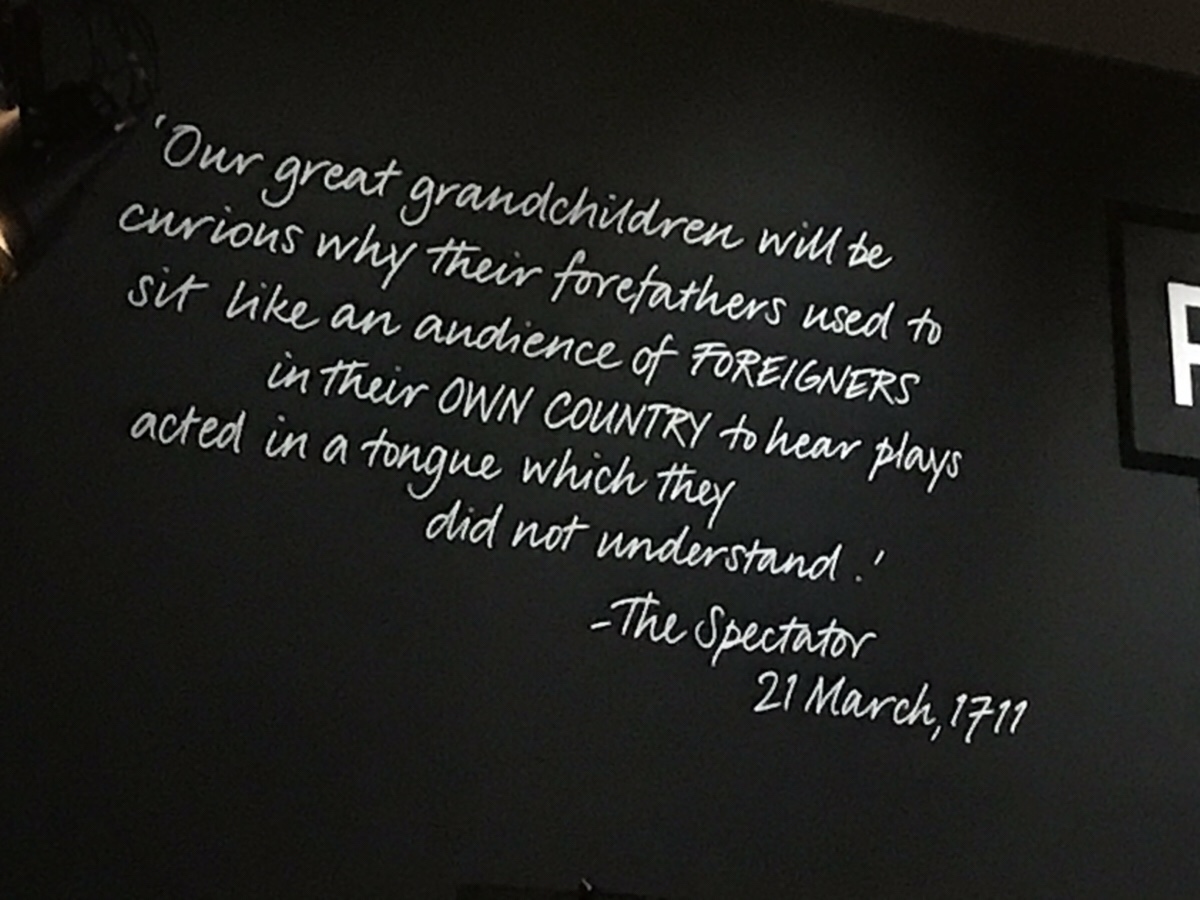 Despite its aura as “an international capital of culture a diverse mix of artists, musicians and industrialists@“ Paris was overcrowded and its ancient streets insanitary, transformation under Napoleon III and Baron Haussmann

Première of Wagner’s Tannhauser at the Paris Opera

Richard Strauss’ première of his “psycho-sexual” Salome at Semperoper. Created a “Salomania”, based on Oscar Wilde’s play: this ancient passion for Salome’s story finds a renewal of the fascination for the “story of a teenage girl who demanded to be in charge but struggled to control her own desires”, the opera “became the embodiment of new visions of women as empowered yet feared”.

Always offers a wonderful and vivid grasp of history as this 16th century portrait of Sir Francis Walsingham is an exquisite example. This precedessor of John Edgar Hoover seems to still be watching you! 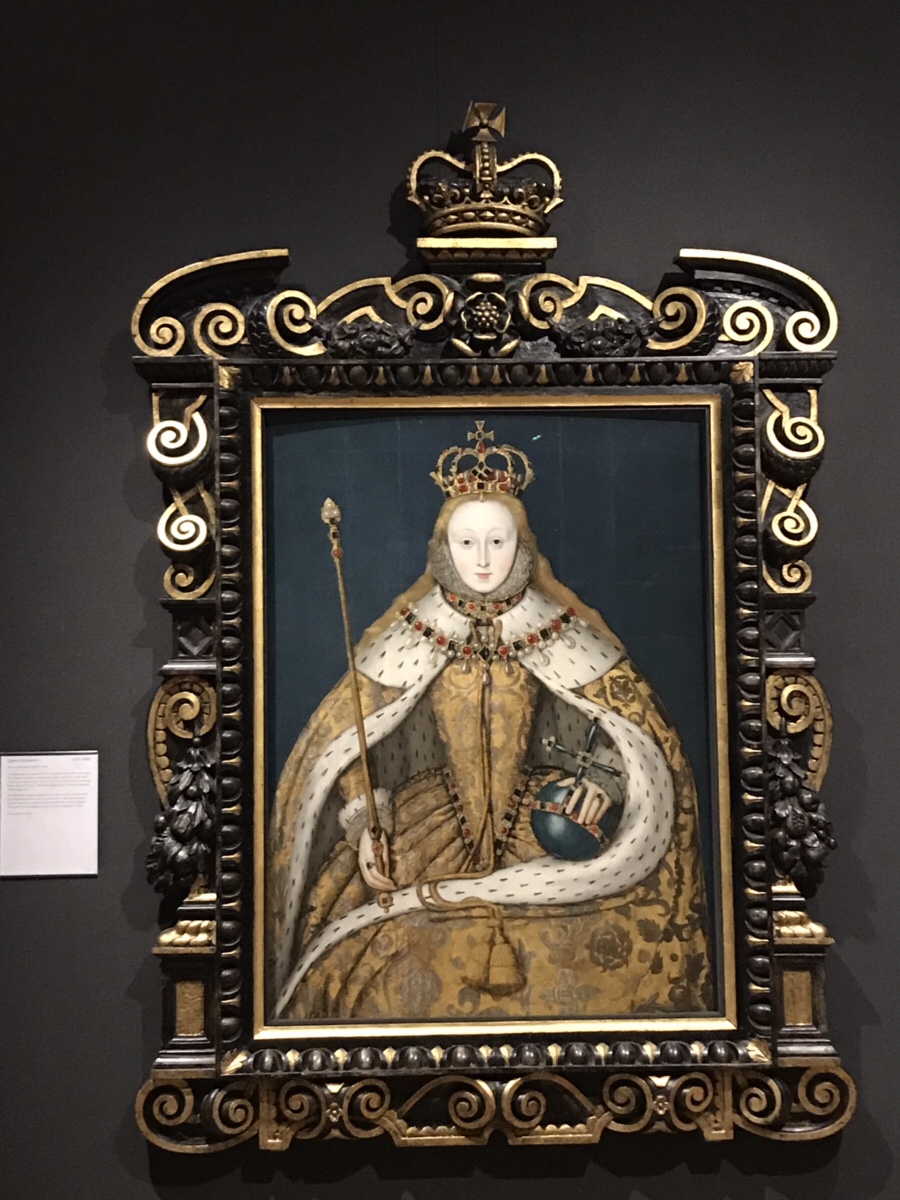 <<<<<<<<<<
ed there a charming exhibition on Cézanne's Portraits

after my usual glance at the Rosetta Stone which becomes difficult to approach with the number of tourists surrounding its glassed case….I saw two excellent exhibitions 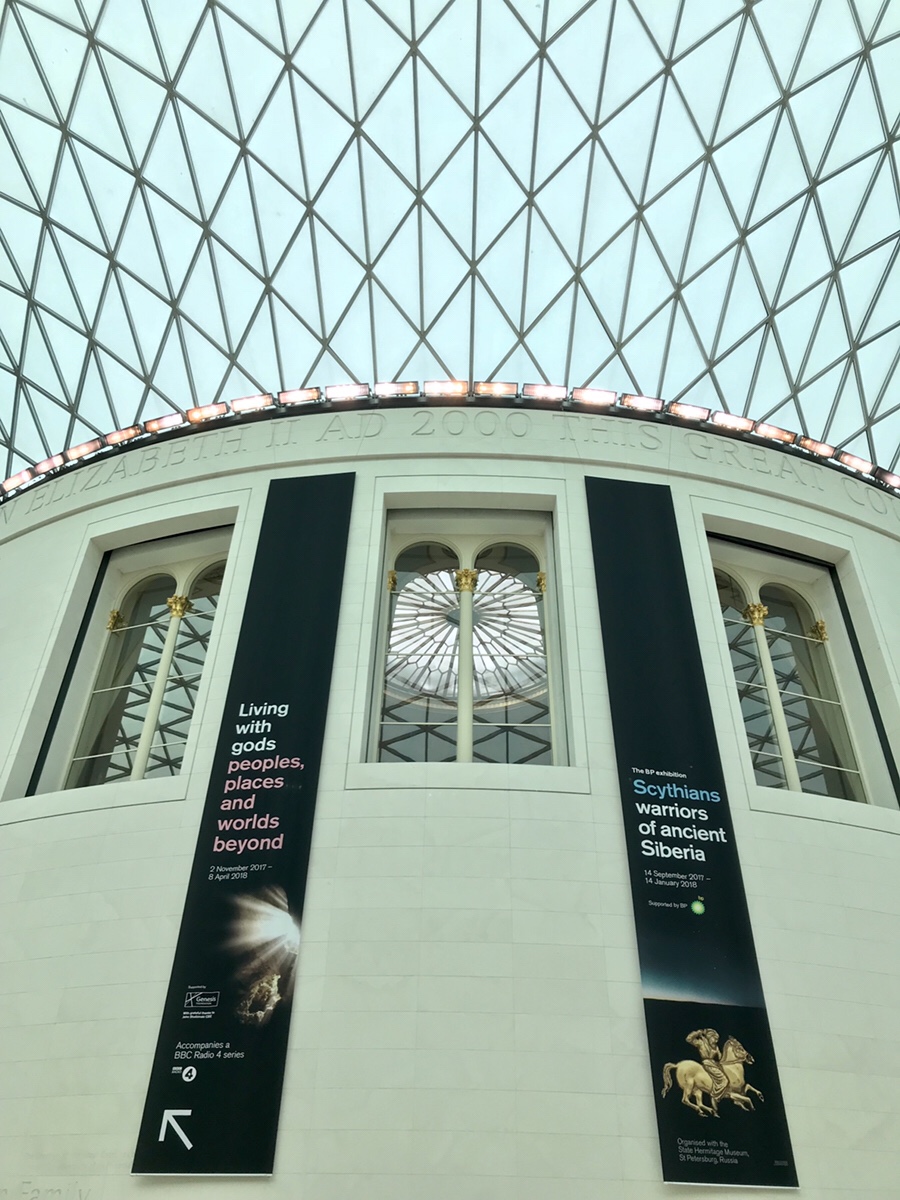 blockquote> who flourished between 800 & 200 BC (…) originating from Northern Siberia, they eventually controlled a vast region from Northern China to the North Sea”

Despite its lack of written language archeological findings and testimonies from other civilizations helped uncovering preserved testimonies thanks to freezing conditions on the Scythians (Siberian) territories.

The Scythians were mostly rediscovered in the 1720s under Pierre le Grand. 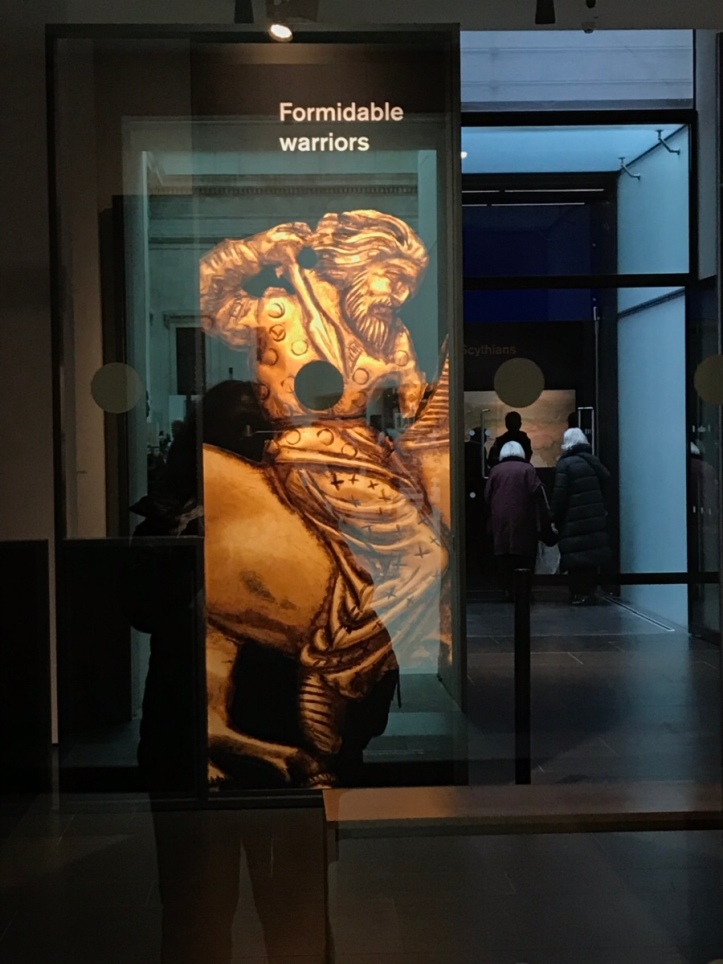 “The Scythians has a keen understanding of their environment, which perfectly suited their lifestyle of herding and hunting. ‘Scythians’ is a collective name for a Confederation of different tribes who spoke Iranian dialects and shared a similar lifestyle, dress, weaponry and horse gear’

“Let us not again this evening

With our shouts and heavy uproar

Get ourselves as drunk as the Scythians,

A people…living as Scythians do…accustomed, one and all, to fight on horseback with bows and arrows… how can such a people fail to defeat the attempts of an invader?” (Herodotus)

“There is no people who would be able on its own to withstand the Scythians, if they were united” Thucydides

Scythians were the forerunners to the Huns, Turks and Mongols

Living with Gods @the British Museum

Starts with 40,000 years imaginary being found the German caves of Stadel,

Then some contemporary and indigenous items as above

Religions shape the way people perceive the world by engaging all of the senses. Indulging or depriving the senses during rituals stimulates mental responses that go beyond a simple instinct for survival by creating perceptions of stronger realities. These experiences are culturally learned and collectively shared. They are as important to understanding beliefs as the study of holy texts

Symbolic elements of water and fire…present in one form (sacrifices, purification) or another in all religions

Judaism appears through depictions of sabbath and very basic rituals.

I didn’t see much emphasis on circumcisions but I might have missed it.

Prayer, alone or in groups

« Ethiopian festival of the finding of the true cross: Meskel takes place annually in September. It commemorates the empress, later saint, Helena’s discovery of the site of Christ’s crucifixion in abt 328 AD, and the building of the first Church of the holy Sepulchre (…) by her son, the first Christian Roman Emperor Constantine. As Helena was led to the place by smoke, Meskel is celebrated with huge bonfires and colorful processions in which the priests carry dressed processional crosses. The festival also welcomes the season of flowers after the rain”

Deathiberian container for the soul of a deceased

Mexican Day of the Dead

“the most beautiful and profound experience is the sensation of the mystical. It is the sower of all true science” (Einstein)

Cf BBC 4 series on faith linked to this exhibitionTemple Church: 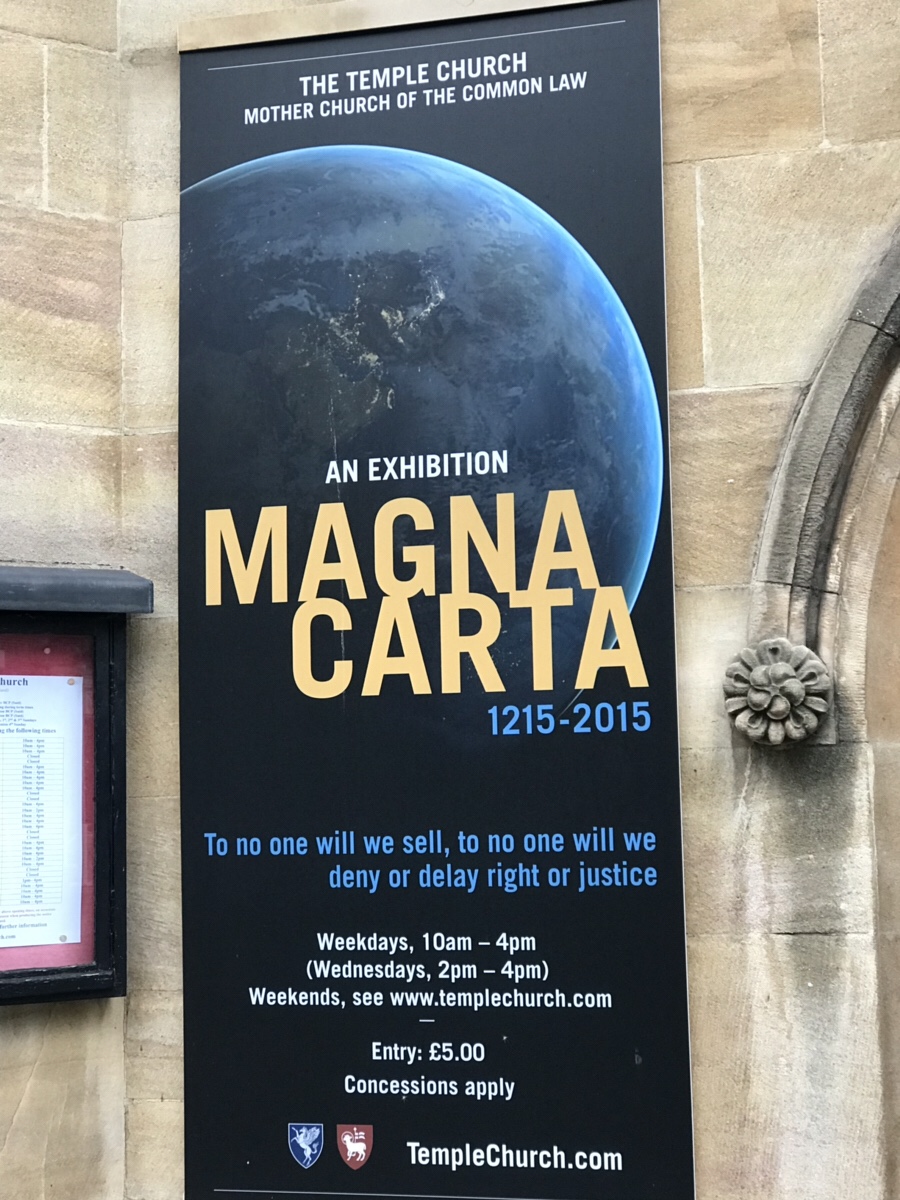 <<<<<<<<<<
idence led me to the Royal Academy allowed me to enjoy a fabulous moment at the Jasper Johns exhibition as well as at an interesting parallel exhibition featuring the terrible Ds, Marcel and Salvador! 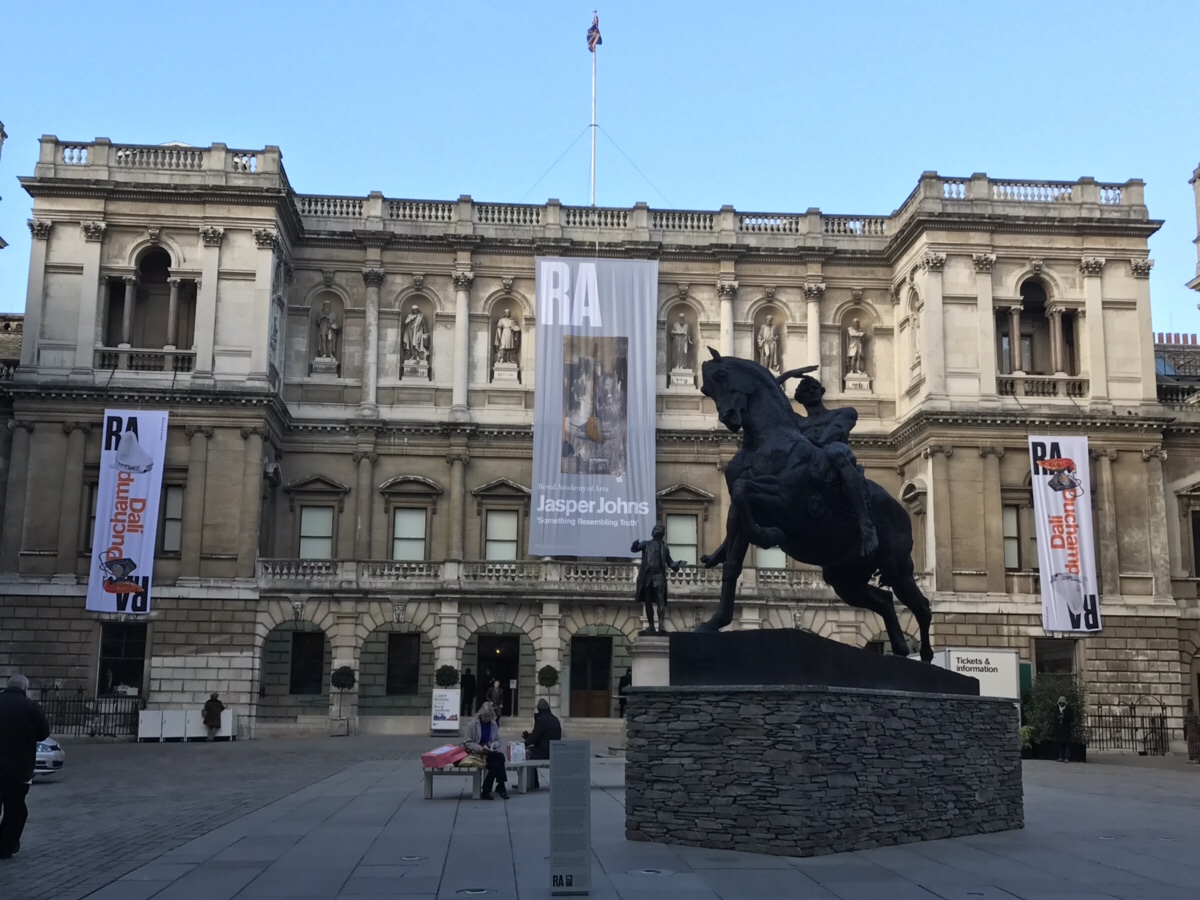 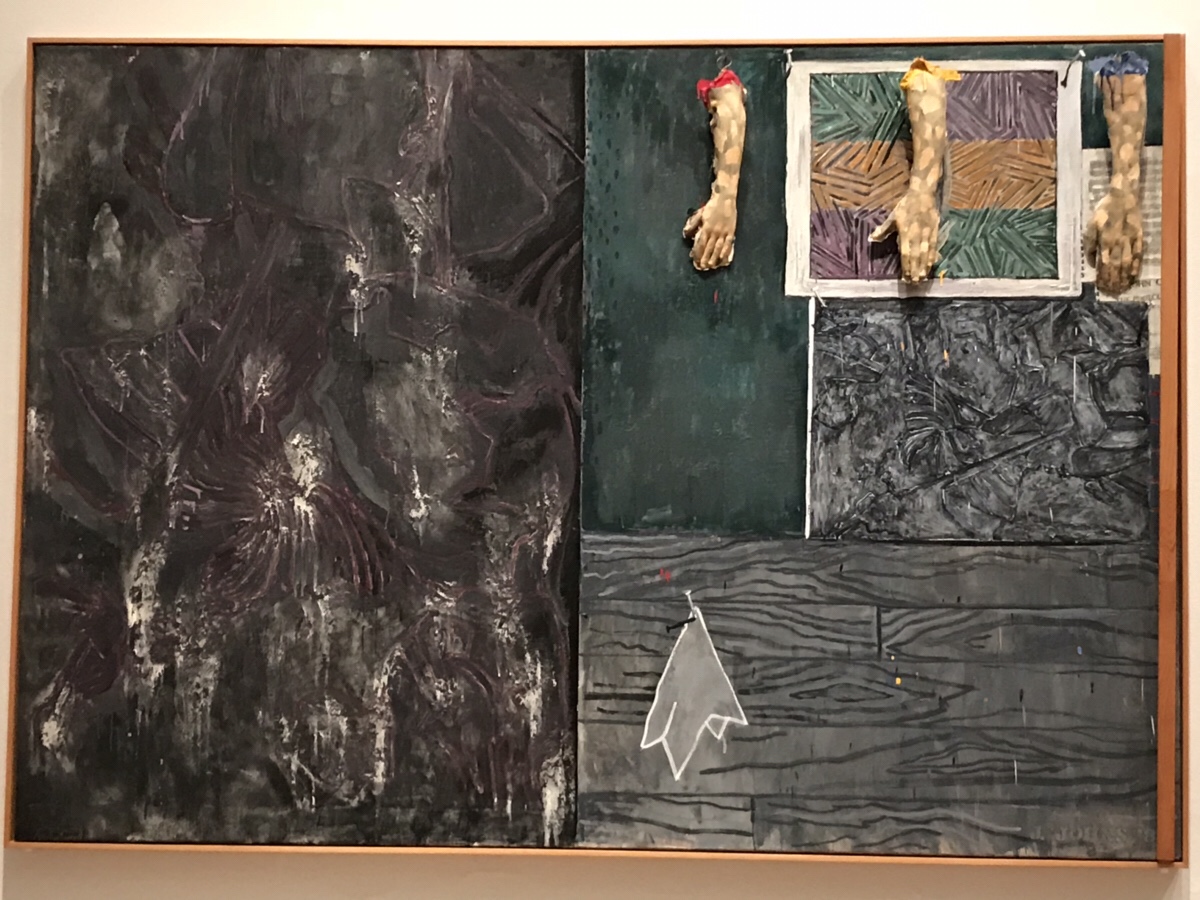 <<<<<<<<<<
m such a devoted fan of whales on my way to Hawaii, I made a detour to enjoy the natural history museum: 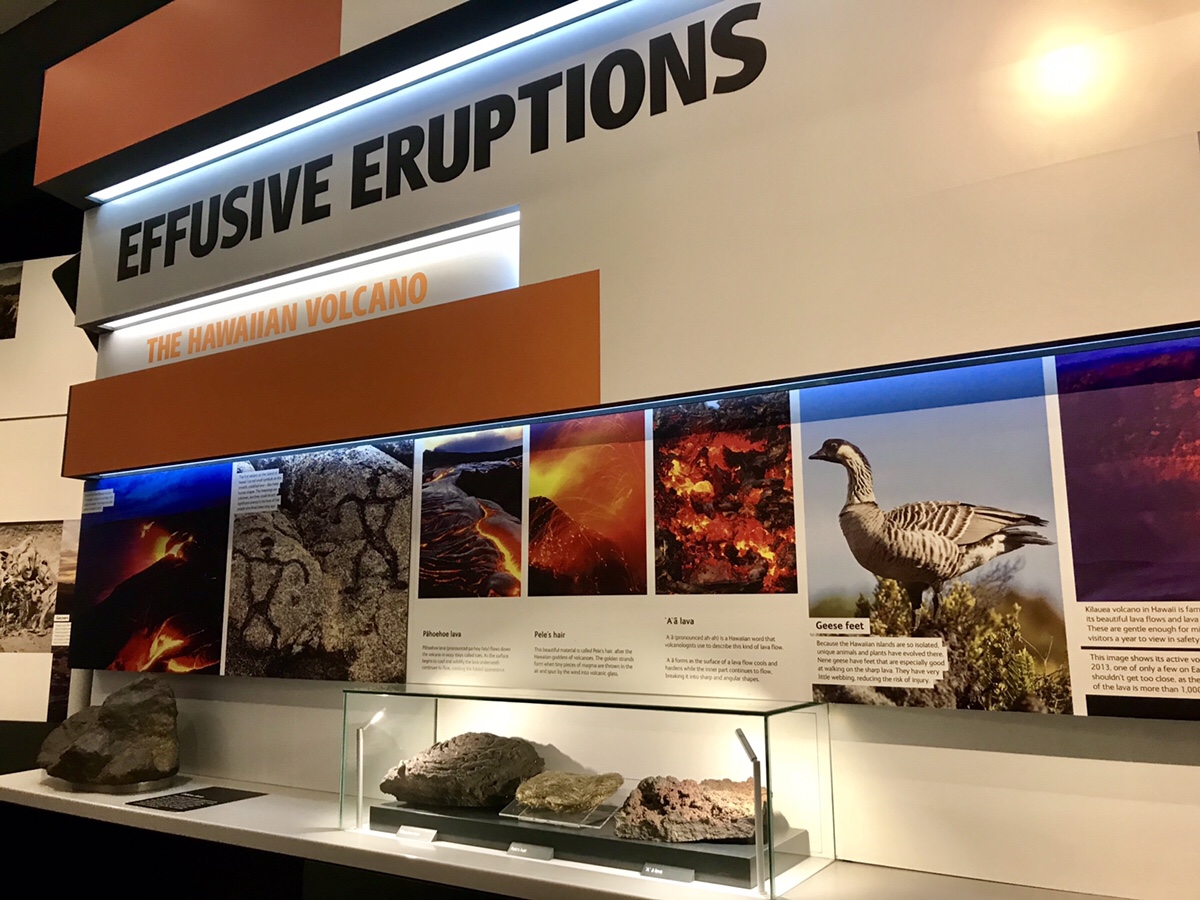 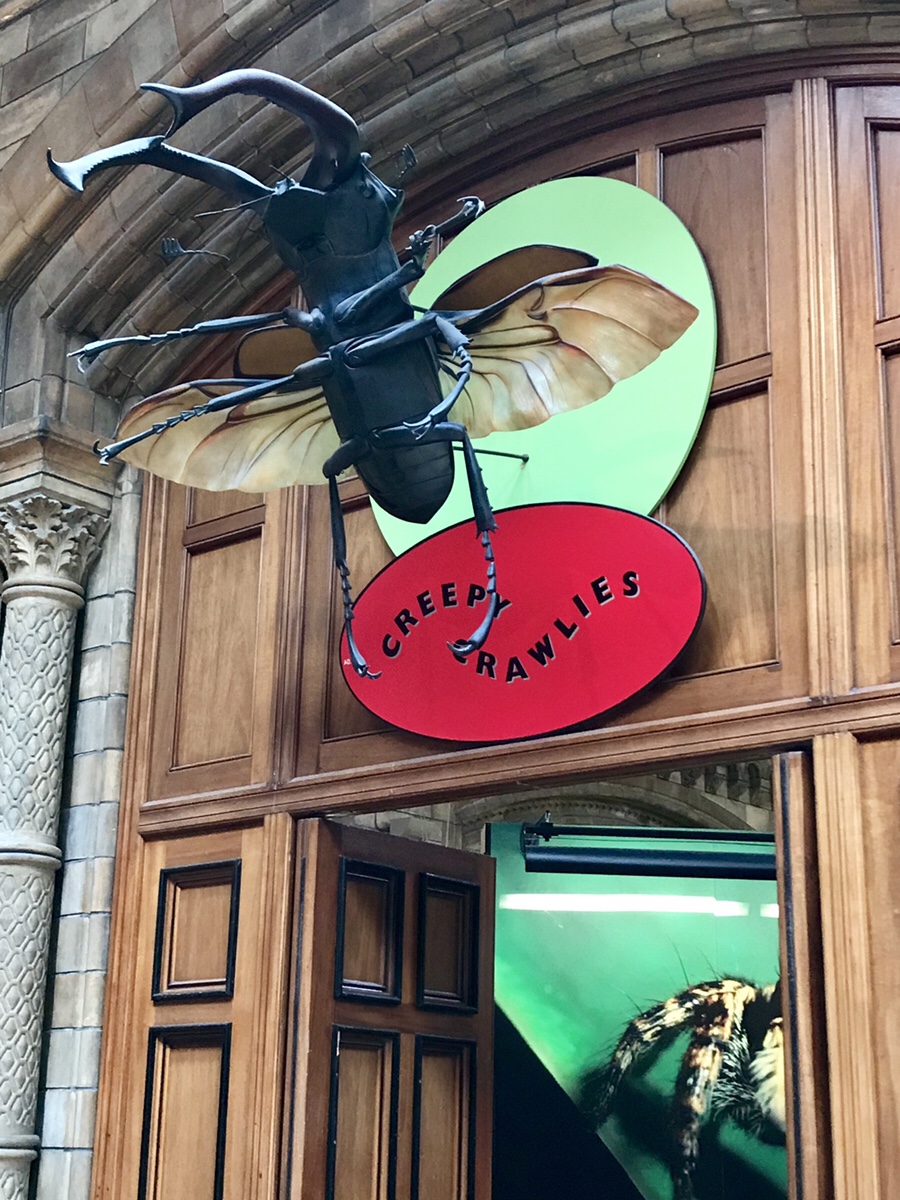 Let’s face it: I arranged this trip to be able to watch the Barbershop Chronicles at the National Theatre…. but my never quenched appetite for more entertainment allowed me to enjoy a bit more than that…

I saw such a perfect production of Donizetti’s Lucia that I probably won’t see another one to retain this outstanding version with a remarkable Lisette Oropesa. Click here for a review I totally subscribe to. 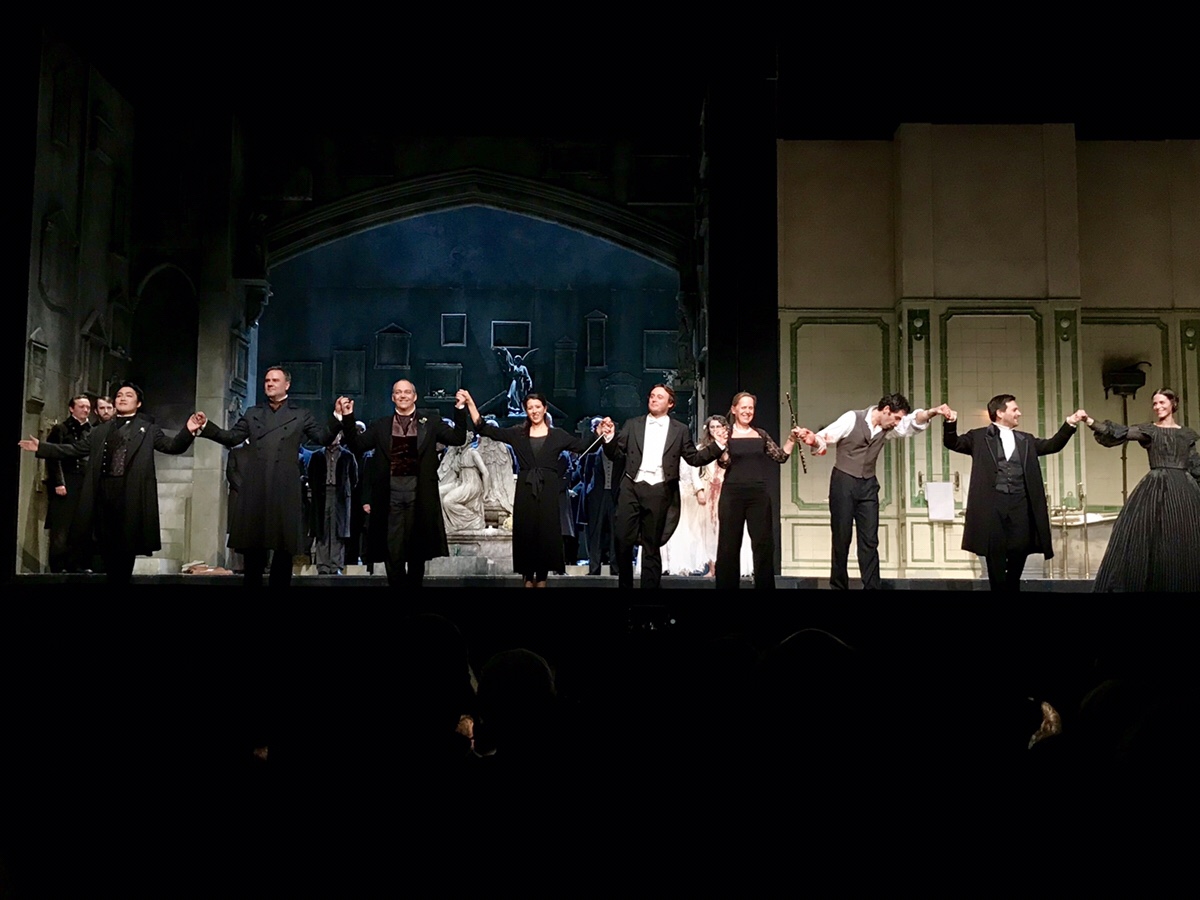 At the National Theatre,

Further to the fantastic Barbershop Chronicles 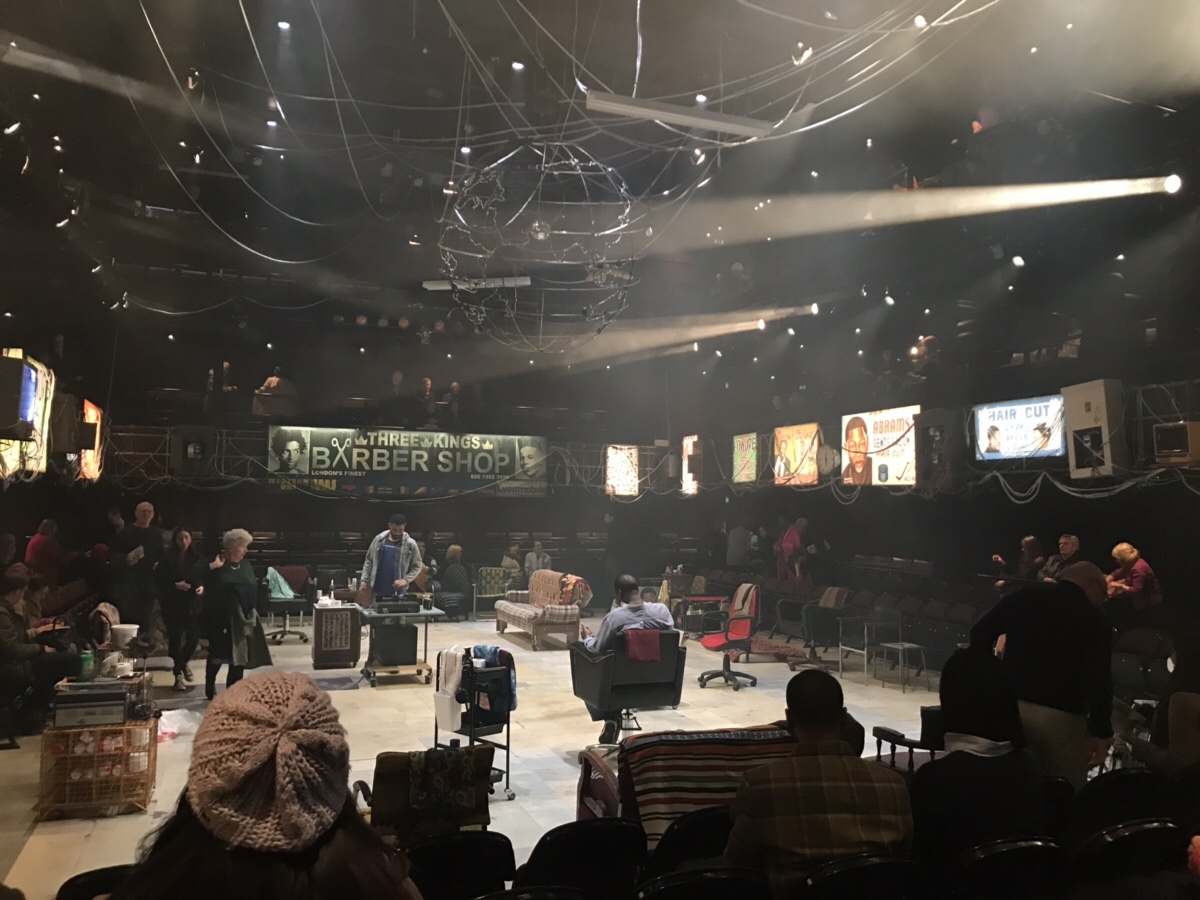 about which I wrote this enthusiastic note on FB:

That’s dynamic, sincere, deep and moving yet funny….a completely fascinating approach of the black barbershop subculture and what it encompasses. Some lines are hard to hear…some lines are difficult to understand until you familiarize with the various accents but I spent a refreshing moment of really great theater!

I enjoyed Stephen Sondheim’s Follies and The Ferryman 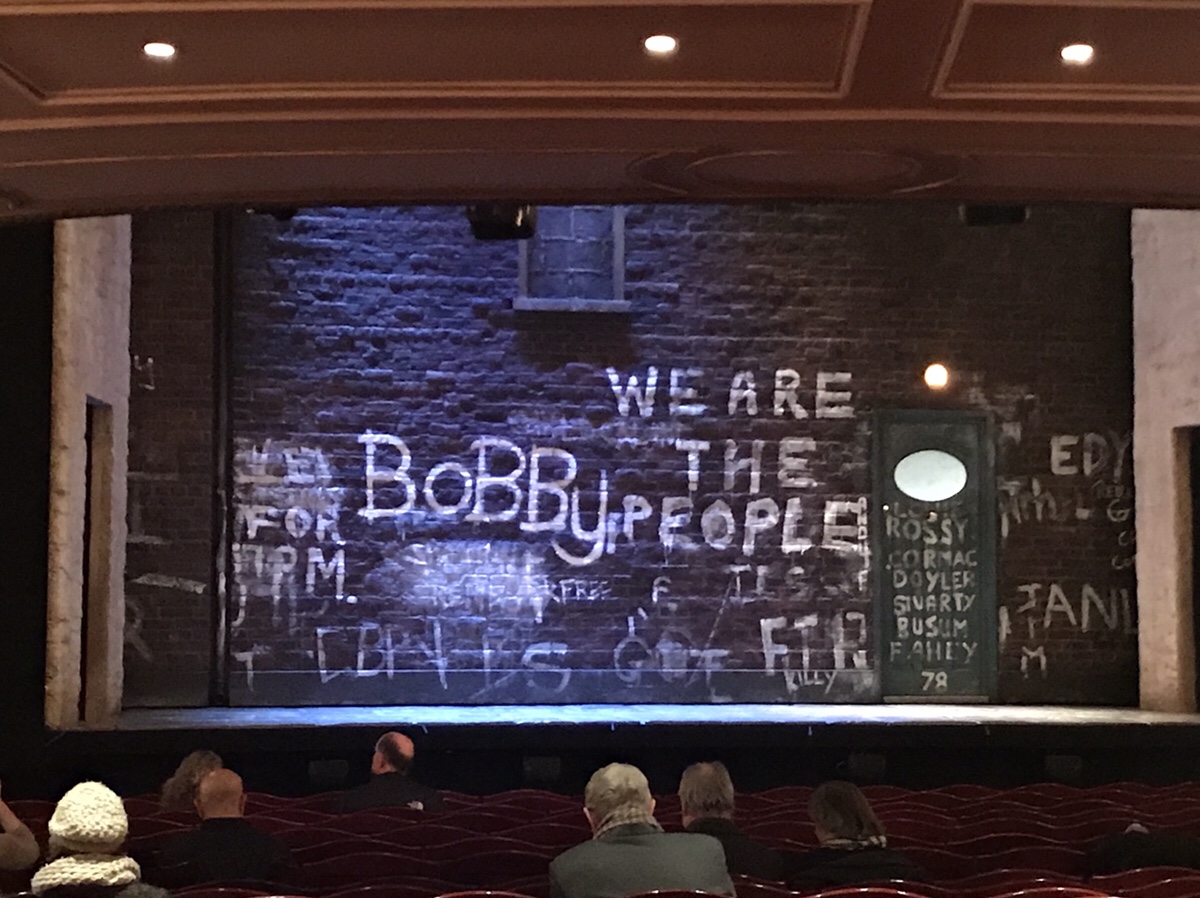 <<<<<<<<<<
nce I, for once, was at a stone throw of the Royal Albert Hall, I took a tour and will watch out for an opportunity to enjoy a film with a symphonic orchestra or maybe the Proms! 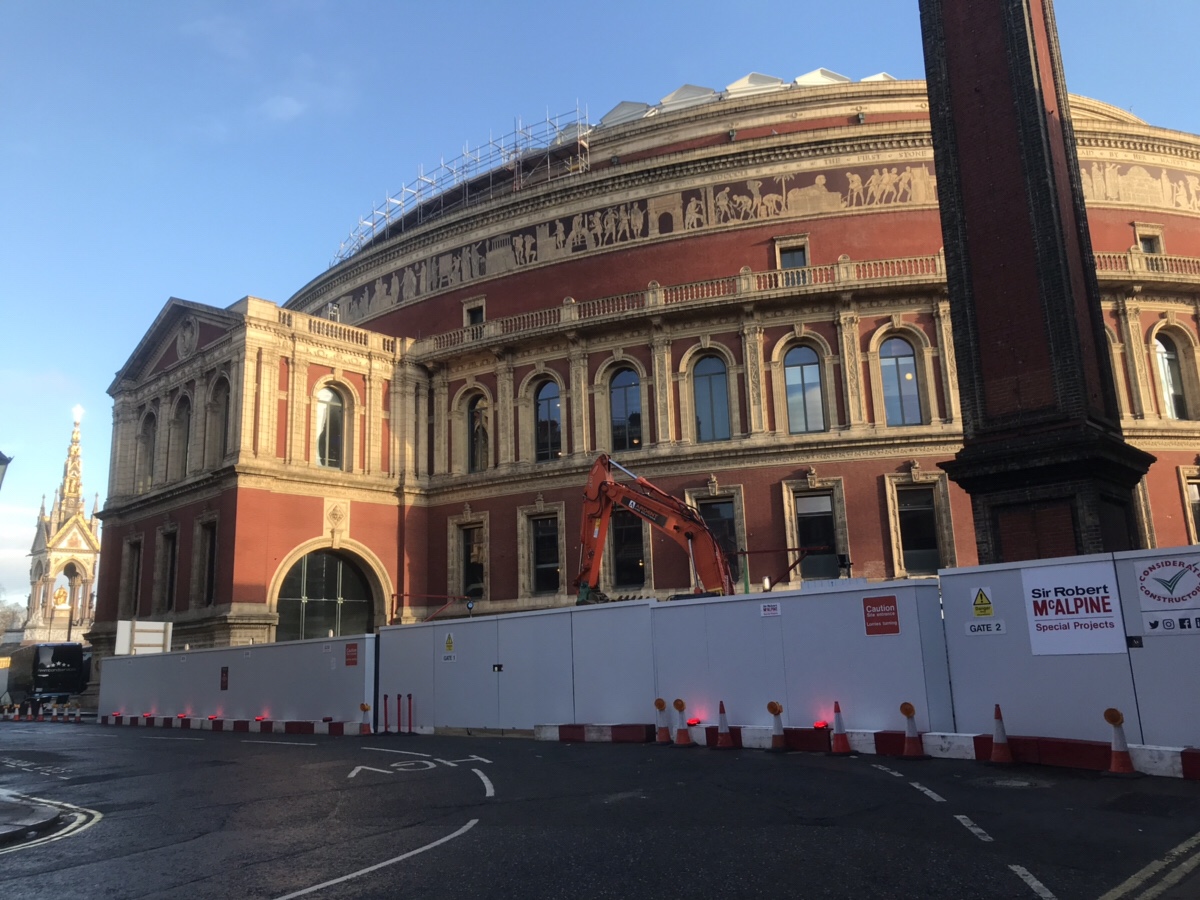 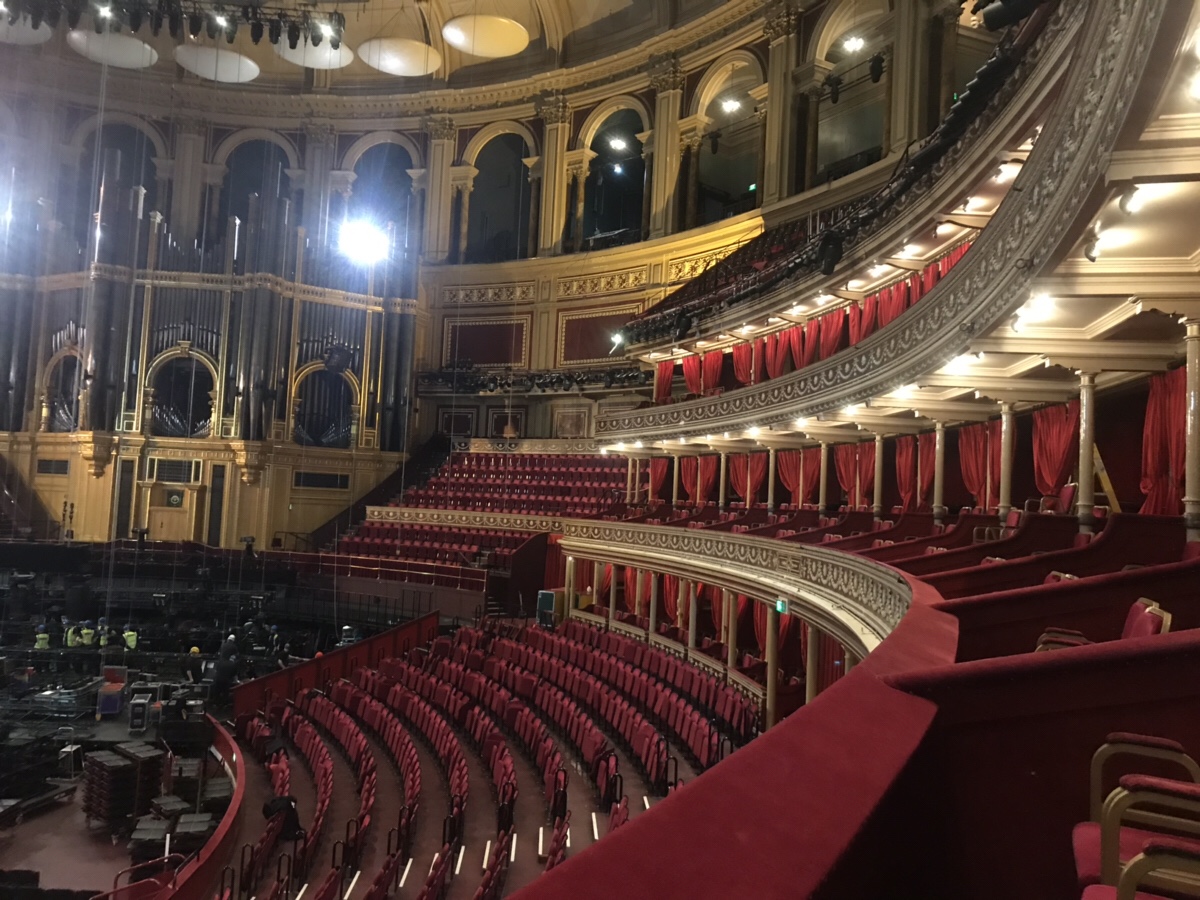 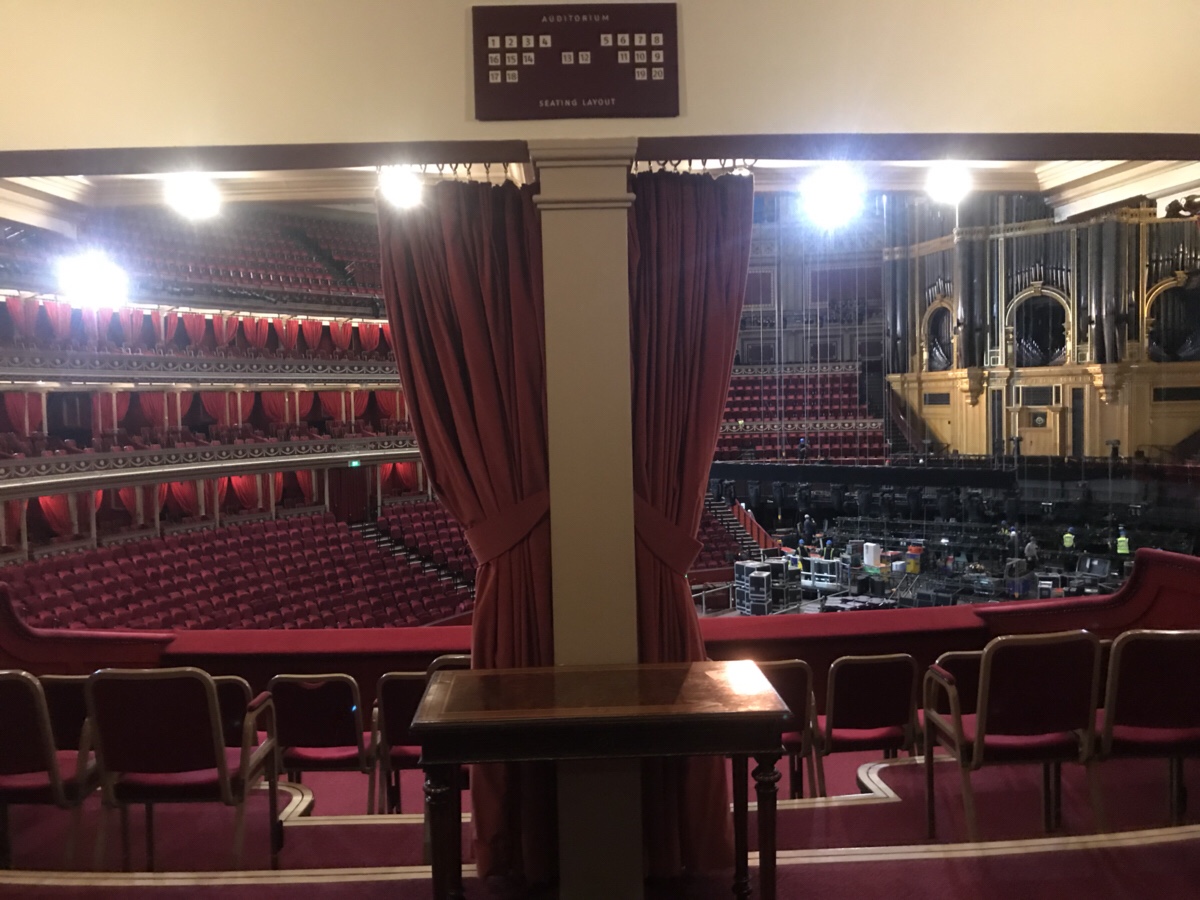 <<<<<<<<<<
m in this incredibly exciting city, let me add some clichés before moving to the Chapter 2 of my wanderings for a strictly friendly visit in San Francisco! 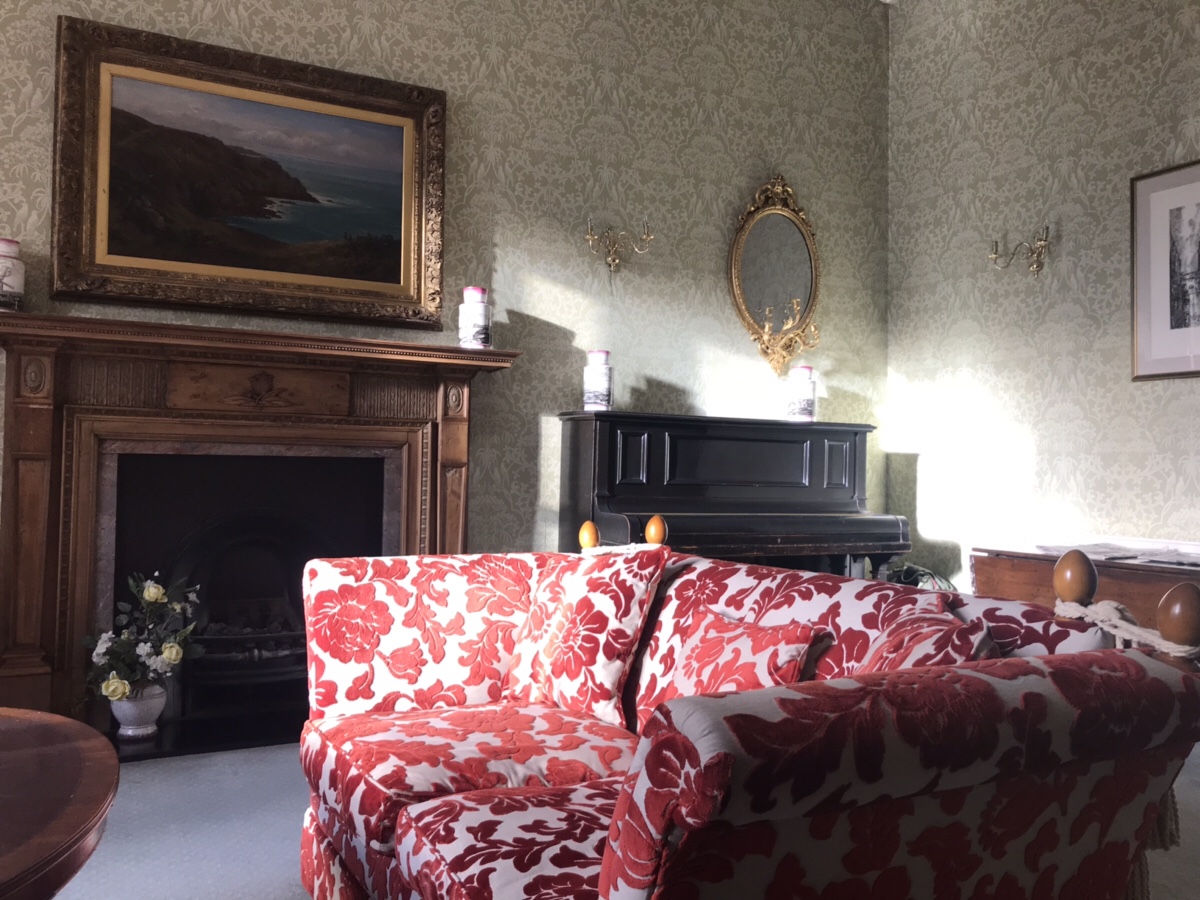 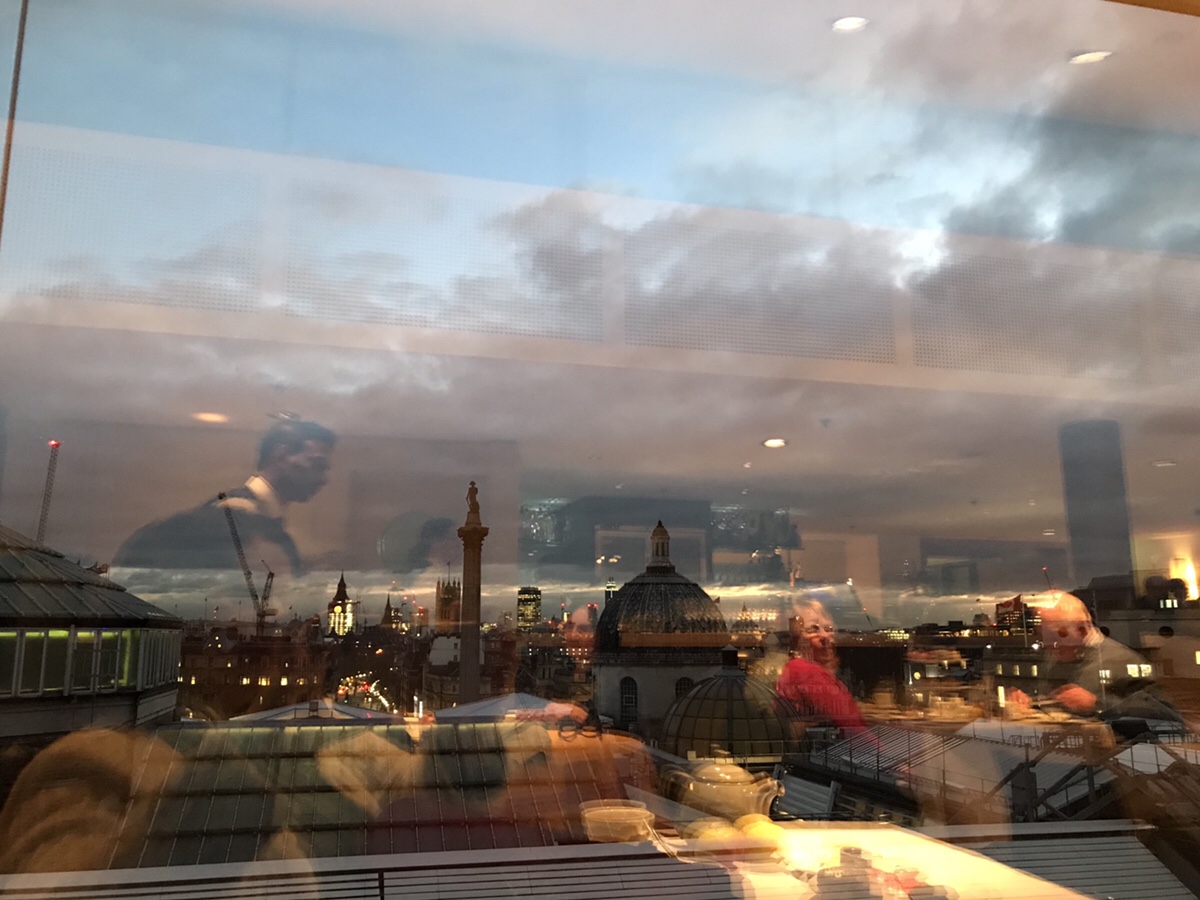 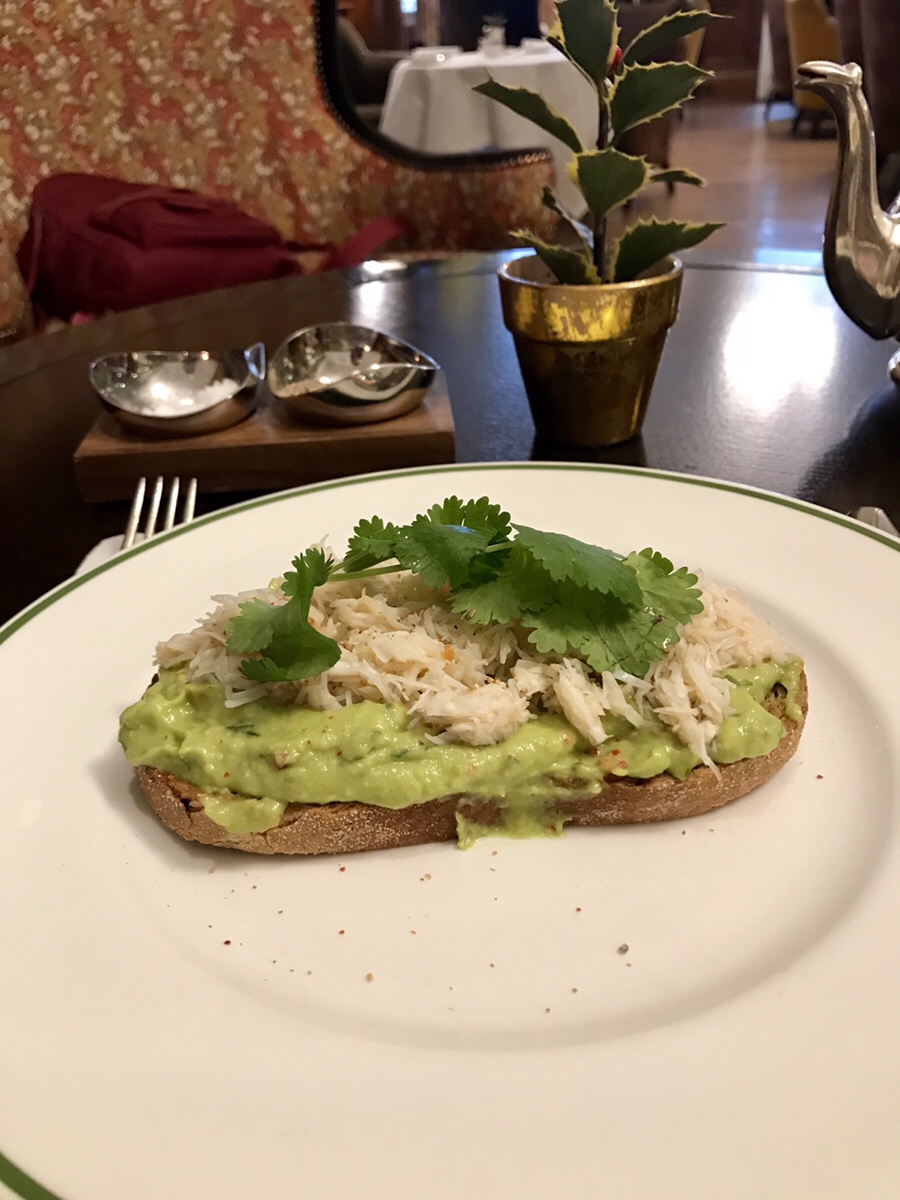 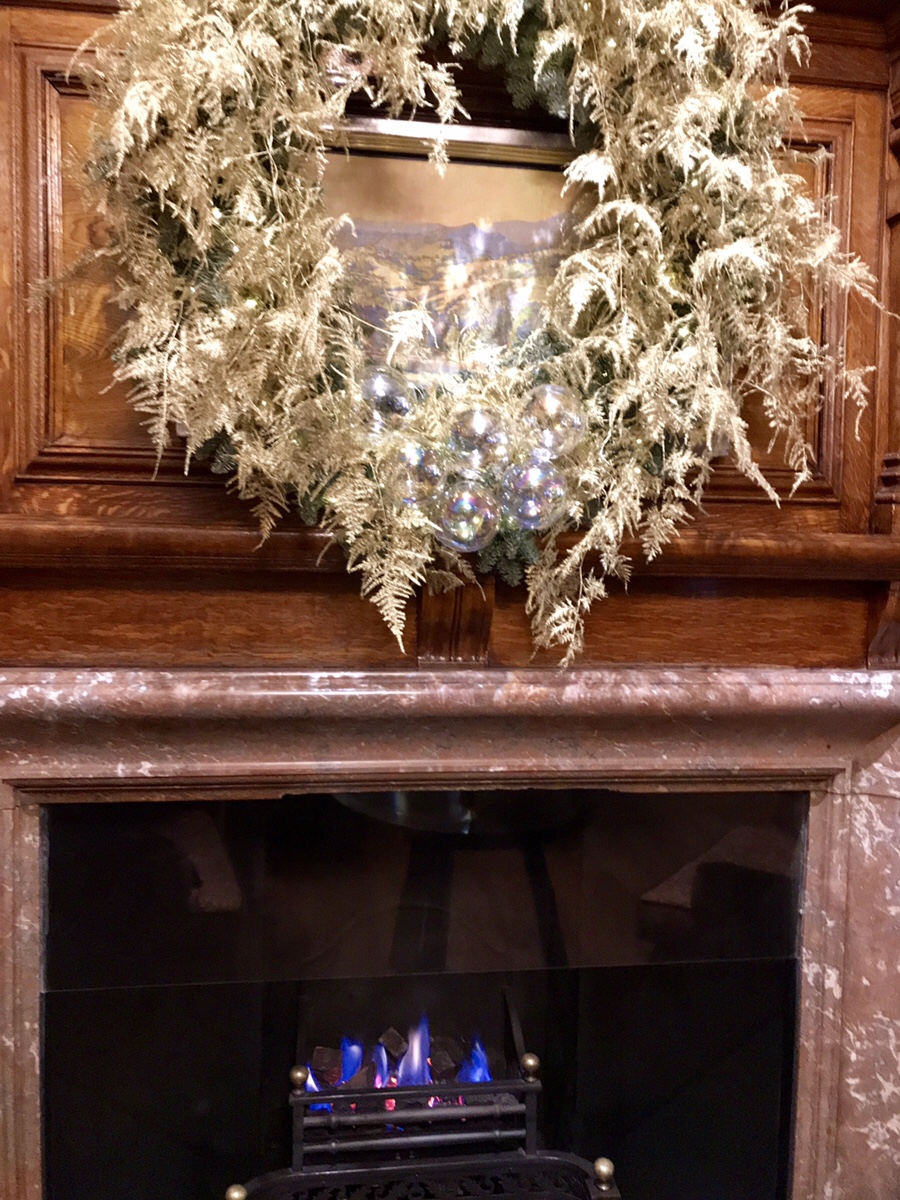 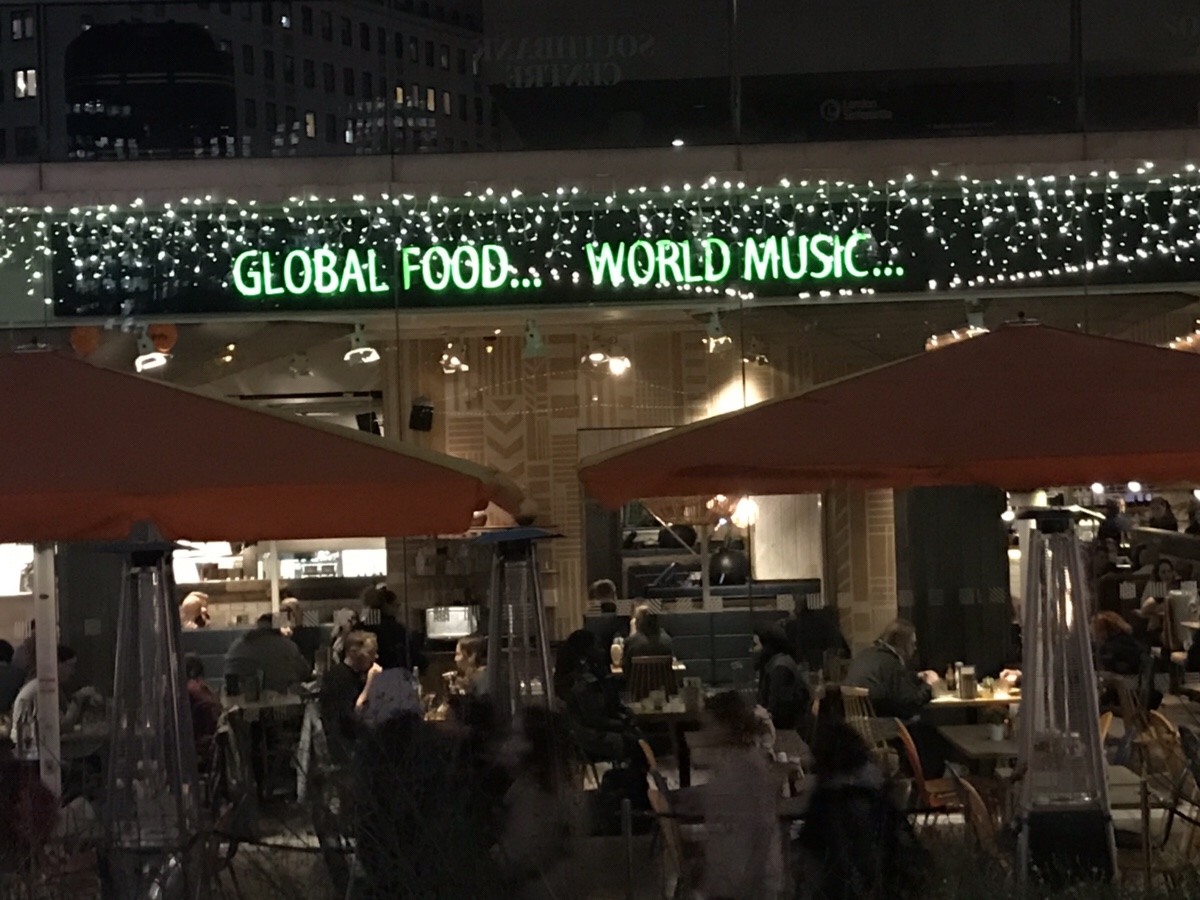 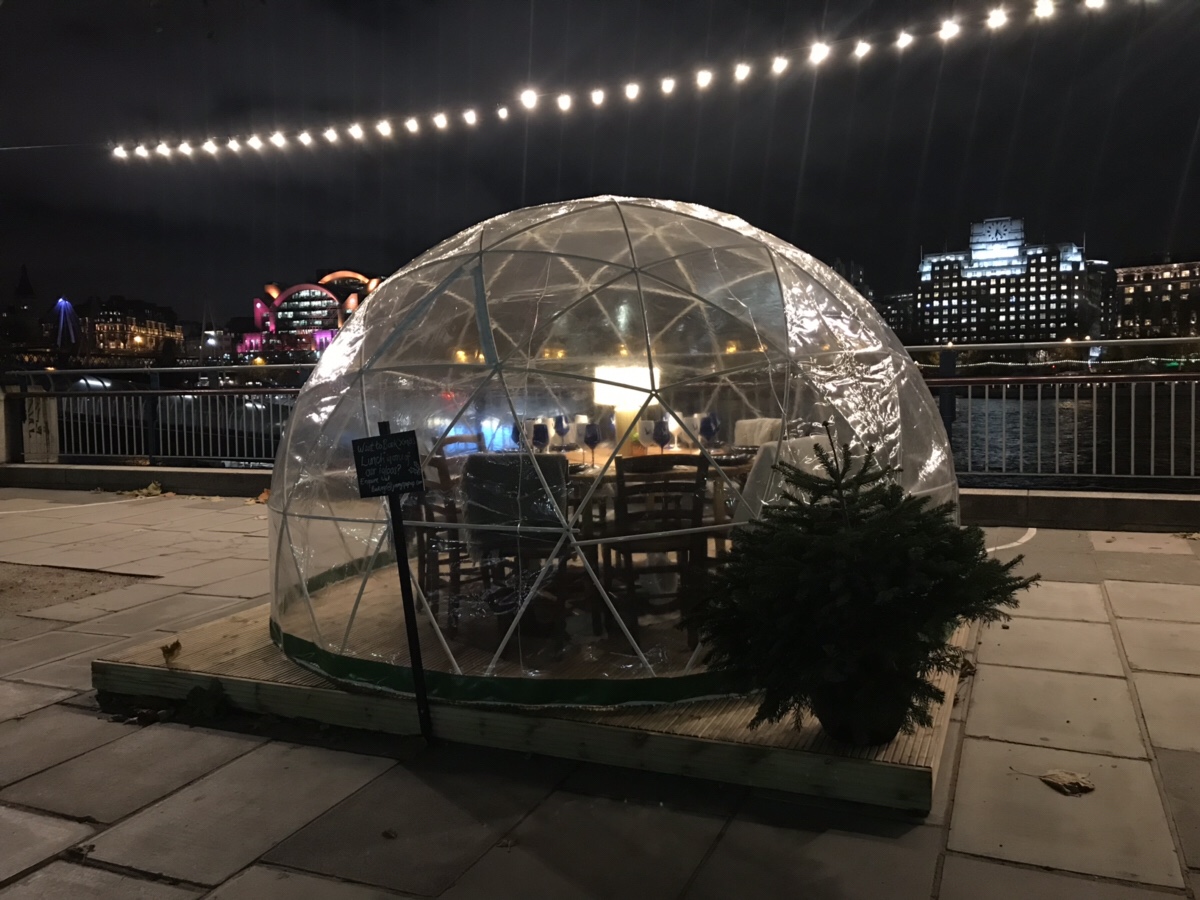